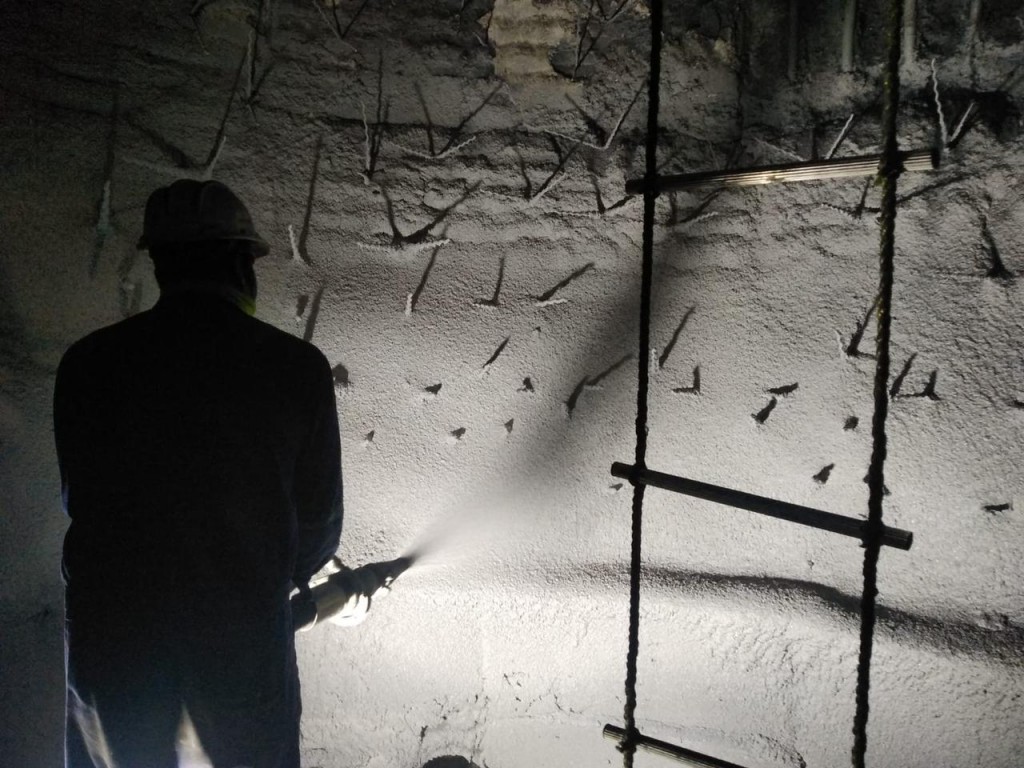 “Tata Metalik has already relied on our technical expertise before, and we are proud to serve such a prestigious customer”, states Sanat Ganguli, MD for Dalmia Seven. “The customer has been especially satisfied when we achieved the completion of a significant hearth repair in only 6 days instead of the originally planned 10.”

In the spring of 2022, Seven Refractories was thus chosen to for an elaborate repair project: Tata Metalik’s Blast Furnace no. 2 in Kharagpur, situated in the Paschim Medinipur district of West Bengal, India.  “In the project setup, we recommended manual shotcreting as the method of choice given the specific conditions on site. This modern method brings additional reliability and several technical advantages cherished by customers in India”, explains Giuliano Copetti, Technical Manager on site for Dalmia Seven, the joint-venture of Dalmia OCL and Seven Refractories. “Due to a scheduled shutdown, preparation time was especially short, and we managed to get the project rolling in a mere week.”

The repair works were completed in late April and early May and included bosh, belly, and stacks of the blast furnace, which has a volume of 305 metric tons. For the project, platforms and anchors were also prepared by Dalmia Seven.

“Given the satisfaction of the customer, we are proud to already have another project coming up for Tata Steel, the repair of mini Blast Furnace 1, and we are looking forward to continuing this very rewarding cooperation”, beams Sanat Ganguli.