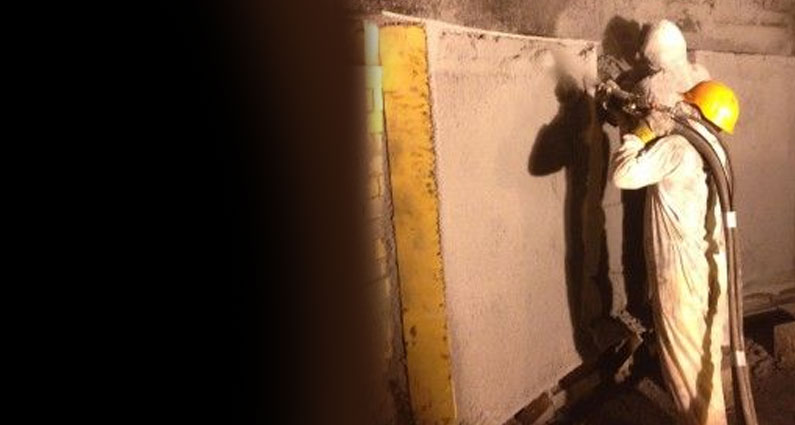 Capital relining of Blast Furnace n°2 (hearth diameter 7,2 m and working volume of 1144 m3) started on the 24th of June by Seven Refractories, has been successfully consigned on the 14th of July, according to the repair timing with no delays, for heating up operations and it came back to the full production in the second half of July 2013.

The Project commissioned, was based mainly on the shotcrete technology using a movable lifting platform.

More than 600 ton of refractory unshaped materials have been applied. Different products based on corundum, silicon carbide and high grade mullite have been installed as working lining following the concept of different zoning for different type of stresses during BF operations: tuyeres area, bosh, belly, stack, dome, gas off takes.

Chemically advanced and high abrasion resistant, low cement castable (LCC) installed by shotcrete technology, self-flowing castables for taphole frame and filler between steel shell and the staves, high resistant plastics mixes for sealing the stave joints and tuyeres has been proposed as integral supply for the reconstruction.

The installation involved also relining of the upper part of the hearth with bricks above the carbon blocks.

The capital relining has been realized in cooperation with Refracon Installation, a Russian installation company with full set of equipment and technology for such operations.

BF2 Capital relining is the second complete project, including tuyeres area, carried out by Seven Refractories in Tulachermet plant after the successful BF1 reconstruction made in 2012.