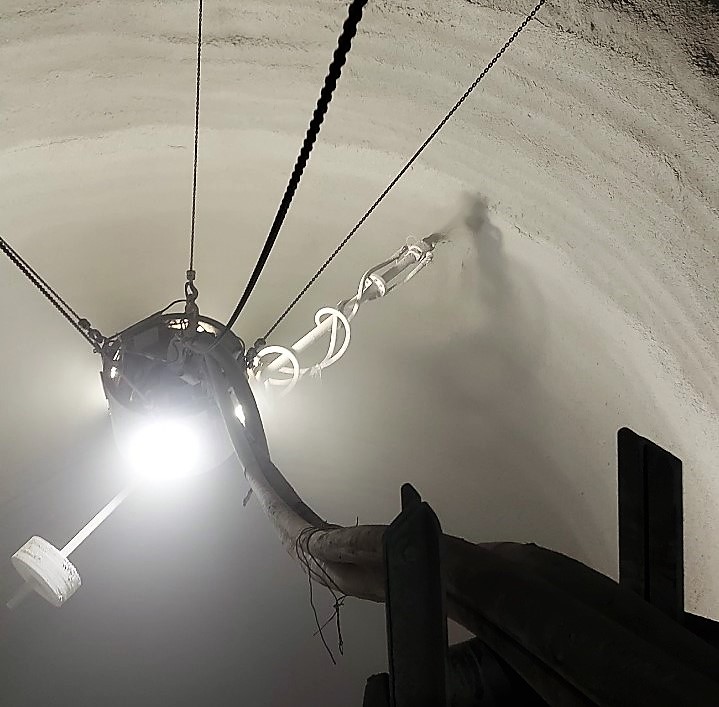 With a yearly output of 78.5 million tons, Arcelor Mittal is the world’s second largest steel producer. “We are honored to be repeatedly chosen as the supplier of choice by Arcelor Mittal and to have been entrusted again with an intriguing repair project of considerable technical difficulty”, comments Maxim Glazunov, General Manager of Seven Refractories. “In only 4 days, we completed the repair and installed more than 500 tons of refractories with an advanced concept including robotic shotcreting.”

At the Arcelor Mittal plant in Temirtau, Kazakhstan, blast furnace no. 2 underwent a shotcreting repair. »With a productive volume of more than 2,200 cubic meters, we are speaking of a sizable production facility«, evaluates Alexander Pecherkin, project leader of Seven Refractories together with Valentin Derr and Anatoly Pasetov.

»As a technology, shotcreting is becoming increasingly popular, both in the production of iron and steel«, explains Pecherkin. »Given the specific technical challenges of blast furnace no. 2 in Temirtau, we recommended shotcreting by robotic installation to our client. This provides several considerable advantages: The installation is technically advanced, but also superior in terms of health and safety, with less staff involvement and risk to human repair personnel.«

The installation was performed to the full satisfaction of the client, and blast furnace no. 2 is back in function.